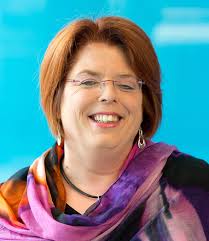 Kim began by saying that women, carriers or not, are complex characters - add a few extra CGG repeats and oh my.

In the last 20 years we have come a long way in terms of understanding issues around being a female carrier of Fragile X Syndrome. Two decades ago everything was believed to be OK for carriers – there were no known behavioural effects for carriers of the fragile X gene. Any anxiety issues were mainly attributed to the stress of having a child with fragile X, rather than inherent to being a carrier.

About a decade ago with the identification of FXTAS, new research has changed this assumption into male carriers and shown that something was different. Clinically the gene expansion was making a difference.

In Kim’s research she found that a certain cluster of behaviours especially poor working memory and problems inhibiting responses could be seen in men, who were asymptomatic for FXTAS because they were in their 30’s and 40’s. She suggested that these behaviours may be an early precursor of later FXTAS when they occurred so early in adulthood.

In all studies there has been no evidence of FXTAS in those with a full mutation.

Kim and her colleagues in Melbourne (Professor Sylvia Metcalfe, Dr Jonathon Cohen) and Sydney (Professor Julian Troller) have been funded to examine the clinical and psychological profiles of women with a premutation in Australia. This research was funded by the Australian Research Council and is now completed. Her team looked at a number of issues:

Who were the sample?

The results were as below:

Each woman underwent 2 days of testing that looked specifically at executive functioning as this is important for guiding behaviour. Executive functioning affects planning, the ability to switch from one task to another and to multitask, working memory (the ability to hold onto pieces of information in your head) and inhibition (stopping oneself making inappropriate responses). All these are known problem areas for males affected by the full mutation.

Many of the premutation carriers described this as a core issue. For them social anxiety encompassed problems like finding being in large groups hard and experiencing fear or discomfort in a social situation. Symptoms included avoidance of social situations.

Anecdotally many male and female carriers have felt that they have suffered/are suffering from depression. Depression is a feeling of sadness or generally feeling low over a long period of time and can constitute a serious illness. It affects a person’s behaviour, thoughts and can lead to physical problems. There are many causes to depression including drug and alcohol use, personal factors and family history.

Stress is a commonplace term nowadays. A little stress is OK and helps us cope with situations, but when a person is constantly running on emergency mode, stress can have adverse affects and can impact on a person’s cognitive ability as well as result in behavioural and emotional symptoms. What causes stress is often our perception of it. For some people the long drive home is a stressful experience, for others it is a time to listen to the music they like and have their own thoughts. People also tend to be much more vulnerable to stress if they do not know how to calm themselves

Distractibility has always been thought to be a feature of female premutation carriers in terms of not being able to stick at a task and also in terms of being overwhelmed by a task.

Hormones are chemical messengers produced in one part of the body, but having action somewhere else. The ovaries produce oestrogen, progesterone and testosterone. Testosterone is linked with cognition in both men and women. Testosterone levels in females can drop after the menopause and this can link to cognitive decline. In clinical settings adding testosterone has been shown to enhance some cognitive functions. Higher levels of testosterone were particularly linked with a higher performance on spatial and Maths programmes and with better verbal skills in older women.

In Kim’s pilot study half of the premutation carrier females showed a testosterone decline earlier than the control females. This was linked to a poorer score on the Hayling test.

Kim wants to take this very small pilot study further and look for research into what can improve cognitive levels in women.

Shelton, A., Kraan, C., Cornish, K., & Fielding, J. (2012). The use of eye movements to detect cognitive changes in carriers of medium expansions of the FMR1 gene. Oral

Going Back to school and How to Support Your Child